I want to offer some useful pointers for finding your way around such a complex archive as this. I will try to briefly explain its structure and focus on a few key words, on the definition of some fundamental concepts and on some expressions that can help when searching the archive.
The way I have structured the archive speaks of how I personally perceive, see and analyse everything I have done.


The archive is made up of thousands of files and is structured in three parts: Works, Exhibitions, Documents.
Each file that catalogues a given document, a given exhibition and a give work is linked to all the information about it. From inside each file, you can connect directly to other corresponding files situated in other parts of the archive.
I’ll give you an example: inside the file about a work is a list of exhibitions where it was displayed, all the articles in which it was cited and all the books in which it is published. Clicking on each single item will take you directly to that exhibition and to the files of the corresponding documents.


Visualising this large mass of information happens in three ways. The first is through the entire list (in which the principal information is visible on a horizontal line) which scrolls vertically, from top to bottom. The second visualises image with no words. The third is by entering each single file directly.
These three ways of visualising bear in mind three concepts: the importance of the list as something that does not overlook anything and puts everything on the same level; the visual reasoning that connects each thing to the image; an in-depth analysis through the objective information in the caption and the interpretive descriptive text that considers going deeper more important than remaining on the surface of things.


You can search by focussing on a parameter or group of parameters simultaneously situated in the left-hand column, for example choosing all the green works painted in 2003 or all the group exhibitions curated by a certain curator.
Alternatively, you can order the information by clicking on the words at the top of the main column. Here are a couple of examples: clicking once on the word ‘Typology’ the works are organised in alphabetical order from A to Z; clicking a second time, they appear from Z to A. In the same way, if you type the word ‘Date’ everything is organised in chronological order from first to last and clicking a second time the list runs from last to first.
Obviously, as well as being a tool of scientific analysis, the search is also the point through which I manage to indicate my overall idea of the body-work via some particular parameters.
Actual works have arisen from this way of organising and visualising the material.


Each file contains: the data given in the caption that serves to identify it in the archive, a description of the work or the exhibition or the document, a description of the series it is part of, and various images. In the space dedicated to the contents, sometimes there are links that take you directly to the text, audio or video that is the subject of the file. When the material is not available, it is because permission has not been given to publish. These elements can be found in the private archive, where there are about double the number of items than the public one.

DATA ABOUT THE WORKS, DOCUMENTS AND EXHIBITIONS AND SEARCH PARAMETERS:

SELECTED BY THE ARTIST
To help provide a brief overview of my work, I have made a selection of the most important files.
At the bottom of the search column, it is possible to select works, exhibitions and documents from my personal point of view, in other words from the person who created the work.
I would like to imagine that in the future other forms of selection made by other interpreters will emerge.

WORK ARCHIVE NUMBER
The archive number is like the work’s DNA. It is what allows it to be traced in the archive unequivocally. There is exclusively only one archive number. If another identical one should appear, it would mean that a copy, or a fake, has been made of a certain work.

WORK COLOUR
At a certain point, I decided it was important to attribute to each work a parameter that connects it to a specific colour. This meant that a reasoning emerged, a development that was delineated over time through the making of the colours in the painted works. Writing made up of colours rather than words.

WORK DIMENSIONS
In the drop-down search menu, the aim was to clarify all the precise dimensions of the works, above all to make it possible to search the ‘Sedimentations’ through the four dimensions that define them: 18 x 16 cm, 60 x 50 cm, 110 x 90 cm, 180 x 160 cm. These four formats show that the size of the painting is determined by the measurement of the body (hand, portrait, half bust, whole body) and that spatially they project a certain view of the painting: a fragment, a painting you can hold in one hand, a portrait or self-portrait, and the presence of the entire body.

WORK STATUS
In this space the aim is to consider the concept inherent in each work, of time, physicality and imagination, and the possibility that each one has of existing or possibly even disappearing. Here the aim is to attribute to each work its exact condition in a precise moment. This status is always potentially modifiable precisely because the conceptual and material nature of the work is always in constant transformation.
The idea is to give importance to all those works that have never existed physically or existed once but not anymore, or which are still here but have been transformed. I want to think about the possibility that the works can still exist and even in a different way, or the fact that they can always be in progress and potentially regenerated, cancelled, replicated, suspended.
I consider each work as being in a certain sense suspended, unfinished, because I know that for as long as I live each thing can potentially be reconceived, reprised and adjusted. The documentation and the account of my work in my archive are also in perennial change and reconsidered. The archive is the place where each transformation is registered and it makes explicit the fact that each work, even if only in its imagined state, is a given fact that endures beyond everything that can happen to it. It is the space in which the thing can continue to be, even if that thing has dissolved or has never appeared because everything is still an essential trace of the activity of thinking.
Created
·       Existing, created works.
Not created
·       The works which have never been created. Aborted, failed projects that were impossible to exist. The reasons why they were not created can vary: financial reasons, something went wrong, someone or something stopped its success, gave up continuing, they lost their reason for being, etc.
To be created
·       The works which have already been thought of, conceived, but which have yet to be produced.
No longer extant
·       The works that no longer exist. Ephemeral works, which only existed for a short time (for example, during an exhibition), or which were destroyed voluntarily or involuntarily, cancelled or disappeared.
Replicated
·       The existing works, remade in the same identical way. Replicated works, reproposed, brought back to life in an identical manner.
Regenerated
·       The works conceived and made in the past, reactivated, reprised and reinterpreted in the present, changing something, carried out in two different times, retouched, re-elaborated. They are thus modified works and brought back to a new life in a different way.
In progress
·       Works in progress, started and not yet finished, which have within them the sense of transformation over time. Even when I am no longer here and they will therefore be left unfinished, I would still give them this same definition because for me it is important to leave the sense of openness and not of conclusion.
Suspended
·       The works which for some reason have been left suspended and unfinished.
Altered
·       These are works whose original form has changed without the artist wanting them to. Works which have been transformed by external agents such as, for example, someone else’s intervention, an involuntary accident, a natural accident.
Replicable
·       The works that at the moment of their ideation have the possibility of being repeated in their essence, possibly even with different parts.


EXHIBITION STATUS
In the ‘Exhibitions’ section, under ‘Status’ you can also refer to all those events and projects which for some reason were not created, keeping a trace of everything that could potentially exist or which already existed, if only in my mind.
.
Not created
·       All those aborted, failed projects that were not created for various reasons: financial reasons, I gave up on them, something went wrong, someone impeded their successful completion, etc.
Created and concluded
·       All the existing exhibitions, which were created and had a beginning and an end.
To be created
·       All the potential exhibitions that have been thought up, conceived, but which have yet to be created.
Permanent
·       These are all the exhibition forms that exist, which never end.

DOCUMENT STATUS
In the ‘Documents’ section under ‘Status’, you can also refer to all those projects which for some reason were not made, keeping a trace of everything that could potentially exist or which already existed, if only in my mind.
Created
·       All existing, created documents.
Not created
·       All those aborted, failed projects that were not created for various reasons: financial reasons, I gave up on them, something went wrong, someone impeded their successful completion, etc.
To be created
·       All the documents that have already been thought up, conceived, but which have still to be physically created. They are always potentially going to be made.

WORK TYPOLOGY
The typologies indicate the material, the technique or the nature of the works. When there are works made of two or more materials, the dominant one is chosen.
Then there are exceptions, such as the ‘Gestureplace’, in which the word indicates the conceptual nature rather than the material one.

WORK DESCRIPTION
In this field, which is in each file of a work, there is sometimes only an objective description made by people who have collaborated on the archive. However, at other times there is my text which recounts how I worked and thought about that particular work. At some point, I would like it if, alongside my words, there were the more objective ones of an archivist and another interpretive text by a theorist who would look at things from a different point of view.

CONNECTIONS BETWEEN WORKS
This field, which in the early days was only private, defines the words that help me to reflect on the works, connecting them to each other. Sometimes, some of these definitions have disappeared because they went on to directly form one of the chapters in ‘Self-Portrait’ or a new series. They are words that scroll alongside the work. Associations and affinities with what I feel. Synapses, connections, links, threads, crossroads of meanings, definitions to construct new narrations and create new reasonings. 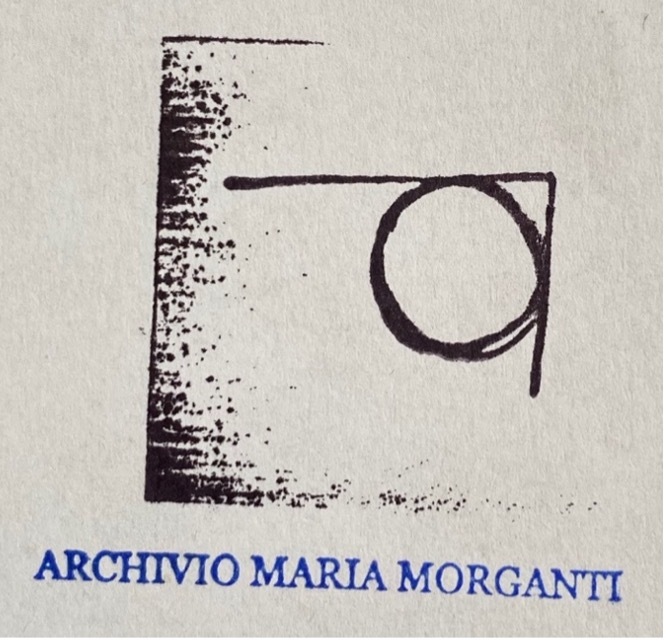